Enoree  is available at Amazon.com.

Go to Amazon and type in Enoree.

You can purchase the novel there. Thank you.

​"eNOREE  IS THE REINCARNATION OF sAWYER & sLING bLADE IN mOCKINGBIRD sKIN."

This fiction depicts Jake's secretive friendship with Josiah, a black boy across the Enoree River in Pelham, South Carolina in the 1950's, and Jake's intrigue with Emmett, the "retarded janitor" of the local Baptist church; once these forbidden relationships surface, the hatred and prejudice embedded in the hearts of community leaders emerge, affecting courage in Jake and untimely death to others.

Jerry Mullinax is a master at descriptive visualization. I can only say that Enoree motivates me to visit this river where I will easily be able to close my eyes and see Jake and Gabriel swinging over the Enoree River. For sure, I will shed some tears again for Jo. The reader will easily identify with each character and actually be taken back to a time when play was magical. Mullinax leaves you with the feeling that all the souls have left an imprint on the Enoree River, a source of unending fascination. 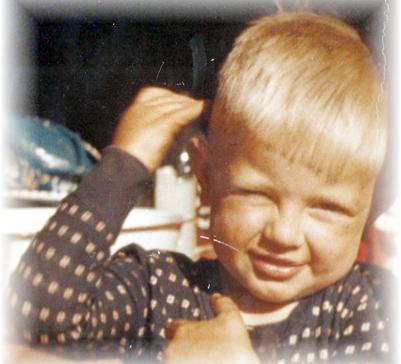 Washington, D.C.:
-----------------------------
Enoree is a story of friendship, redemption, and faith that evokes Mark Twain's The Adventures of Tom Sawyer. Jerry Mullinax is a writer with a special talent and voice for the South, who brings to life the personality of the story's main character, Jake, a young boy whose life of learning, adventure, and redemption is inextricably linked to the title of the book in a journey of discovery that I will never forget. 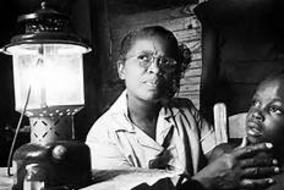 Greenville Technical College:
-----------------------
Mullinax's portrayal is true to the ugliness of that time yet gentle in its forgiveness of human frailty. Mullinax has dealt with the themes of fear of the unknown, segregation, and discrimination in a story that offers redemption. This is a book to share with children to open up a conversation about befriending the "other" in our midst. The swing across that river is the metaphor for the boys bridging the turbulent waters of the Jim Crow south.

award-winning novels:
---------------------
Enoree is an intriguing tale about life in racially divided Pelham, South Carolina in the late 1950's. Jake's fascination with mentally-handicapped Emmett as well as Jake's secret friendship with Jo, a black boy from the wrong side of the river, flourishes amidst the hatred and bigotry simmering in this small-town atmosphere. Try as he might, Jake's daddy is unable to root out this seed of racism within his congregation with tragic results. Enoree gives us a peek into life as it was in the rural South during this shameful time in our history and makes us very glad that it is in the past.

If you've never read a book in 3D, you must let Enoree be your first experience. It will pull you into the cast of characters and each scene, as if you are a part of it. Leaving your physical location, you will be transported as a living, breathing member of the community known as Pelham on Highway 14. You will witness the racial divide of the 50's, seeing it firsthand, experience the unfounded fear of those whose skin color is different than your own. You will feel both the apprehension and excitement of PK's moving from their mountain home in North Carolina to a new parsonage and church where their dad is to become the new preacher at Pelham First Baptist. You will meet up with people that society has deemed bad and learn that they are essentially good, and meet people that society has deemed Christian and good and learn that they are bad, seemingly without souls in their hatred of God's creations,  equally loved by Him. Bullies in the neighborhood will leave you shaking in your boots, while you wonder and plan how best to confront them.

Challenged to do things you fear doing are easily accomplished for love, love of your brother when he is bitten by a snake across the river. But brothers are brothers, and boys will be boys; and, that same older brother you risk your life for, later reads your notes that you've hidden away, and learns the name of the little girl in school for which your heart beats faster...and even betrays you by telling your little brother her name.

On this 3D excursion, you will make an unlikely friend in Pelham who will later become your champion when you and your two brothers are accosted by the town bully, Clanton. Getting to know Emmett teaches you that character knows no color or class. Growing up in Pelham with two amazing God-fearing parents and five siblings gives you plenty to laugh about.

In Enoree, Jerry's analogies of being a kid in the 50's will leave you in fits of laughter. If you have not read his book, you have missed some excellent story-telling of growing up in the South in the mid-twentieth century. I highly recommend it! It will be imprinted on your heart and mind, a story not easily forgotten.